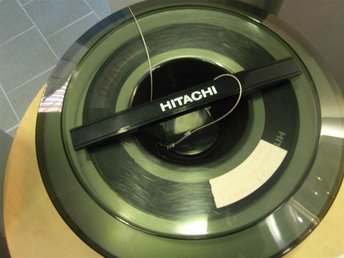 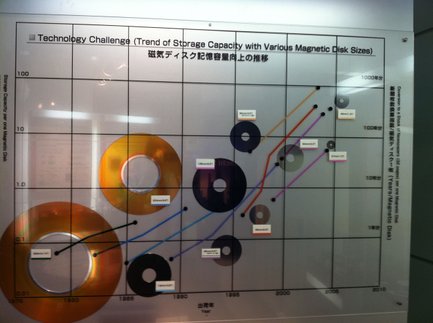 Itel was an equipment leasing company founded in 1967 by Peter Redfield and Gary Friedman, initially focusing on leasing IBM mainframes. Through creative financial arrangements and investments, Itel was able to lease IBM mainframes to customers at costs below what customers would have paid IBM, making them second to IBM itself in revenues due to leasing of IBM mainframes.

A joint venture between National Semiconductor and Hitachi formed in 1977 was contracted by Itel to manufacture IBM-compatible mainframes branded as Advanced Systems. In the face of initial success of having shipped 200 such systems and netting profits of $73 million, Itel had increased their investments and personnel to market their Advanced Systems brand and hence committed themselves to long term contracts with National Semiconductor and Hitachi. While Itel had not expected quick change in semiconductor technologies, Charlie Sporck, CEO of National Semiconductor, saw opportunities by tempting Itel to longer term commitments in response to request by Itel for lower prices in order to compete with IBM. Itel succumbed to commitment.

Thereafter, news was abound that IBM was releasing a new technologically superior line of computers, to which customers responded by holding back purchases causing Itel's inventory to build up drastically. Even though Hitachi had agreed to Itel's request to cut back on shipment, National Semiconductor was adamant in implementing what the industry had termed as National's blackmailing of Itel. In 1979, Redfield was forced to resign as CEO and National Semiconductor took over the whole of Itel Advanced Systems, including its sales and marketing team.

However, IBM's investments in semiconductor technologies gave them an edge in building more powerful computers at lower costs. They were also introducing the Unix operating system gradually into their computers. IBM had also introduced the Personal Computer. By 1985, competing technologies from Honeywell, Prime, NCR and Control Data were gradually being forced off the mainframe market. NAS, as well as Amdahl (the other IBM-compatible mainframe maker) was no exception to facing the technological and sales pressure from IBM.

In 1983, National Semiconductor and its subsidiary NAS were sued by IBM for $2.5 billion on charges of using computer technology stolen from IBM, as result of an investigation by the United States Government into National's collaboration with Hitachi in engaging in industrial espionage to obtain technology secrets from IBM, a case which illustrated the effects of desperation that the onslaught of IBM technology had on its competitors.

In 1983, NAS ceased the manufacture of its own line of mainframes (which had Hitachi processors) but became a reseller of Hitachi's mainframe and data storage products.